Participated in a workshop held at La Gaîté Lyrique in Paris with Martin Howse.
This British artist works at the frontier of code, poetry and psychogeophysics (woot) in order to understand the relationship between software and earth itself.

Here’s an article about it on Makery:
Workshopping with the man who codes the earth

The workshop was divided into two parts, during two days. The first day we’ve been outside in the forest to try some worm poetry. For this purpose, Martin uses a sensor that detect electro-magnetic signals called the “dark-interpreter”. 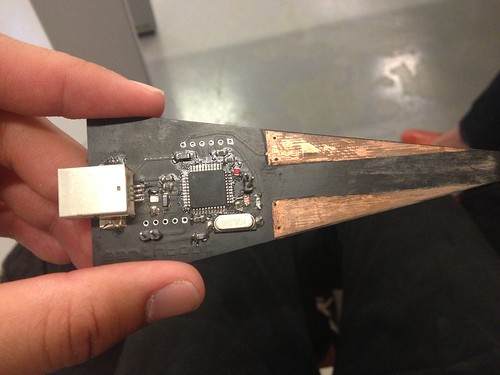 Once plugged into the ground, worms movements and surrounding signals were translated into chunks of strings that, when put together forms an unintelligible and beautiful poetry of some sort. 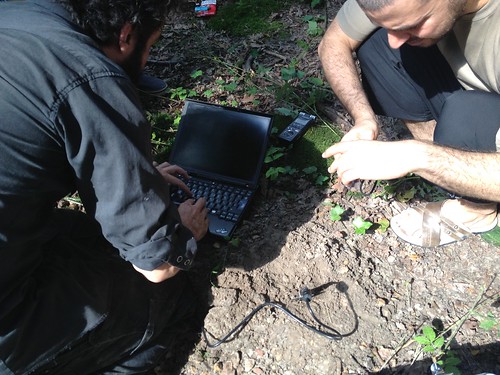 Martin also showed is Earth OS project, he tried to boot his computer by connecting it directly into the ground. Yep.

During the second day we were working on code logic by using cups and water gates in order to make a top to bottom continuous flow of water. We then made our own “earth sound reactive” gloves by using the 555 timer which act as a microprocessor for controlling the sound output. 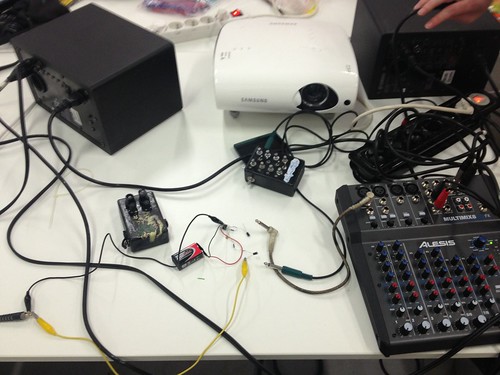